The crowd immediately started the show off with chants for CM Punk and i loved it. I hope his new position on WWE Backstage leads to him coming back to the ring. His new position does allow him to criticize the writing in the WWE which has been lacking recently. The poor writing was the reason he left and it doesn't seem to be getting better. Seeing Seth Rollins taunt the WWE fans by mocking CM Punk made him more of a heel and it is what the fans want. He needs to stay off twitter though....

The match between Booby Lashley and Titus O'Neil was a boring and the surprise interuption by Rusev made the match much better. I don't think we've seen someone be thrown into LED in a while and it was nice to see it. I think seeing Rusev as a heel rather than a face is a better option as it appeals more to the fans. The WWE has been doing a better job of appealing to the fans recently but it hasn't always been there.

THAT FATAL-FOUR-WAY WAS AMAZING. Like I said, the WWE has been appealing to the fans in this Fatal-Four-Way was absolutely amazing. This new importance of the United States Championship is really great because the belts that are not the WWE and World Heavy Weight Belt are sort of irrelevant. The United States Championship challenge that John Cena did when had the belt did bring some relevance to it but now with this Fatal-Four-Way to be number #1 contender with big names like Rey Mysterio and Randy Orton has give the belt some new respect. I would've liked Randy Orton to win but Rey was the next best choice. 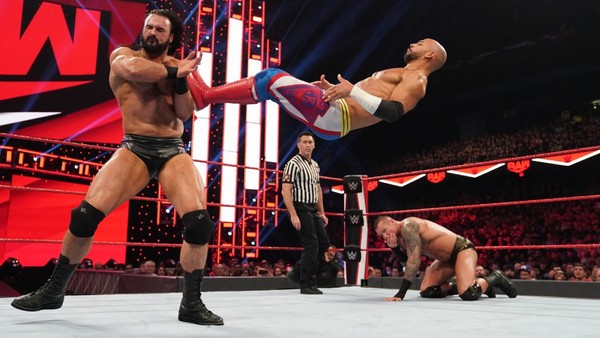 REY MYSTERIO BEATS AJ FOR THE U.S. BELT! It's hard to believe that Rey has never won the U.S belt in his career as a wrestler and having his star power behind the belt is going to do wonders for the belts prestige. Seeing Rey Mysterio fight through the three matches he has done in the two nights has made him the ultimate baby face and the attack by Randy Orton for his loss previous in the night made him a heel... just how we like Randy. 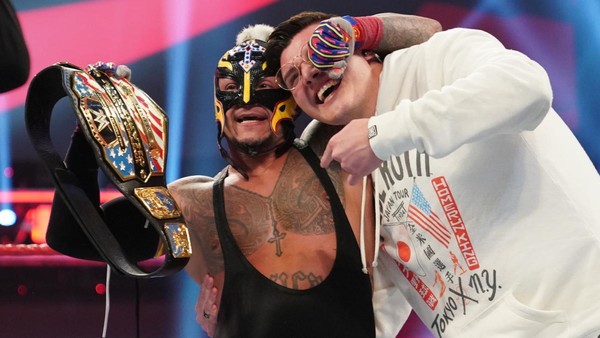 Man... I just can't like Kevin Owens, no matter how much the WWE push this guy, I hate him. His lack of physique, his ego, his just face aggravates me. He is being pushed by the WWE and HHH and I can't stand behind it. I found myself cheering for Seth Rollins in this match even though he is a heel. 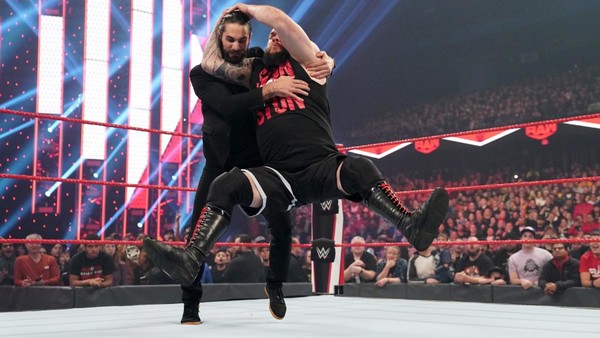 We were founded by Luca Bozzo on November 1, 2015 as a passion project but grew into the massive community we are today. It all started when I was introduced to WWE by a friend who asked me to watch Wrestlemania with him. That's where the name comes from as my first WWE experience was Wrestlemania and this running this website gives me the same feelings of watching WWE on that day.